In 2014, Christine was in her mid-30s, had run several half marathons, and was preparing to participate in her first triathlon. She was excited, but she was also concerned about two lumps in her breast that she had noticed. She had seen a doctor to examine them but had been sent away without a biopsy.

When Christine returned to the doctor’s office 6 months later, in 2015, she underwent a biopsy and a PET scan. She was then diagnosed with two primary cancers: stage 4 HER2-positive breast cancer that had traveled to her lungs, and thyroid cancer.

Christine felt overwhelmed by her diagnosis, which had been delayed by 6 months. Now she was facing an especially grim situation, but she was adamant that she would receive the treatment she needed to survive. After receiving six medical consultations, she decided to receive paclitaxel (Taxol), trastuzumab (Herceptin), and pertuzumab (Perjeta). She also participated in a cryotherapy study; they placed frozen mitts on her hands and feet in the hopes of reducing her neuropathy symptoms. In addition, she had surgery, a lumpectomy and a thyroidectomy. After the surgeries, Christine immediately started radiation.

Like many of those going through treatment, Christine struggled with side effects like fatigue. She left her job during treatment to focus on her health. She was surrounded by an army of people to support her, mainly made up of family and friends. She was even able to have someone with her at every chemotherapy session. While Christine had a large amount of support, she did not connect with other cancer patients and survivors who could have related to her situation. “I was really hesitant to meet any other patients, because I was afraid to see people who would be really sick. I was afraid of what I was going to find out if I did meet other patients.” During treatment, since Christine did not have cancer advocates, patients, or survivors to help guide her, she felt like she was flying blind. One of her friends recommended resources to Christine that helped to ease her way through the treatment process.

After living with metastatic breast cancer for a few years, Christine began to embrace her journey and started attending a support group, yoga, and meditation classes at her local cancer center. The biggest challenge that Christine faced after her diagnosis was the decline in her mental health. Between learning how to manage her own diagnosis and the passing of some of her friends, Christine was not doing well mentally. She began to see a therapist to talk to, bounce ideas off of, and get the additional support that she needed to face her challenges, and she continues to meet with a therapist to this day.

After years of no evidence of disease, Christine and her oncologist decided to stop one of her anti-cancer drugs when the side effects became intolerable. She wanted to live, but she also wanted to live well, and she felt that her medication was not allowing her to do so.

Christine has now been living without any evidence of disease for 7 years, though her diagnosis still impacts her. She continues to run and exercise as much as she can, but she recognizes that she will never be the runner she used to be. She receives infusions every 3 weeks, and she is also still dealing with some of the side effects of her current medication: the loss of her fertility, early menopause, joint pain, and other symptoms of older age. She continues to receive infusions of trastuzumab, takes tamoxifen for hormone therapy, and also takes thyroid drugs.

Christine would like to see an increase in direct patient support for cancer survivors. She feels that having someone help guide survivors through the treatment process can be incredibly helpful, and people should never have to feel like they are doing it alone. One of Christine’s main reasons for becoming an advocate was to help people process their diagnosis along with other important messages from medical experts. “It’s a lot of information coming at you. It’s hard to focus because you’re so worried about dying … so it’s hard to hear what they’re saying and take it all in.”

Christine knows, as a survivor, that cancer is an experience that never truly leaves you. She felt as if people around her expected her to push past the experience and be done with it. Christine speaks with other cancer survivors through in-person and online social communities: she participates in the Breast Cancer Social Media (#BCSM) Twitter chats, works to connect with other cancer patients and survivors through Facebook groups, and serves on panels to talk about her experiences. Christine co-founded Guiding Researchers and Advocates to Scientific Partnerships (GRASP), created to connect and empower patients, clinicians, and researchers to exchange ideas and learn from each other.  She also was a founding member of the website www.MBCBrainMets.org, which shares information and resources for breast cancer patients living with brain metastasis. Christine seeks to improve health disparities and inequities in underserved and vulnerable populations, especially in communities of color that are disproportionately affected by breast cancer. As a result, she took a pledge to only participate in projects, campaigns, and panels that have a person of color represented. And if they don’t have a person of color, she will recommend somebody. She hopes to continue to inspire others and to improve patient access to clinical trials.

Christine wants others to know that there is hope and they are not alone. “There’s another patient just like you. And … research is ongoing. It’s happening. And we can take some solace knowing that there are people who have dedicated their lives to finding a cure for cancer.” 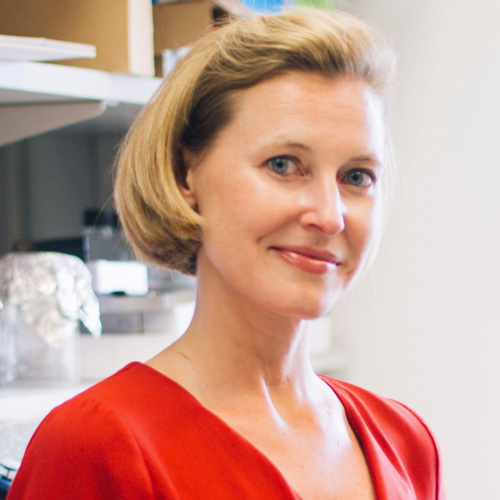 There’s another patient just like you. And … research is ongoing. It’s happening. And we can take some solace knowing that there are people who have dedicated their lives to finding a cure for cancer.”