Micah was 9 years old when he was diagnosed with Ewing’s Sarcoma, a rare childhood cancer. Before his diagnosis, Micah’s family was living in China, and Micah was spending his days climbing trees, jumping on people out of trees, and practicing Brazilian jiujitsu. Micah had been experiencing a pain in his hip, and when he no longer wanted to climb or play because of it, his parents knew it was time to seek medical care. Micah’s pediatrician ordered an x-ray and an MRI. The results showed that Micah was not experiencing growing pains or an infection; Micah had a primary tumor on his upper femur, a secondary tumor on his lower femur, and large spots across his rib and pelvis and up his spine.

Micah’s diagnosis was life changing. He did not know what his diagnosis meant, and his parents didn’t have anyone to relate to and were extremely scared. Micah and his family moved back to the US to seek treatment in Memphis, Tennessee, at St. Jude Children’s Research Hospital. Treatment was tough for Micah, and a lot of his choices were taken away. If he wanted to get better, he had to take his medicine, receive chemotherapy, and participate in a clinical trial. While his care plan successfully removed the secondary tumors and the spots, the primary tumor on his upper femur remained. Micah then had surgery to remove his femur, and it took him 13 months and a lot of physical therapy to walk on his own.

During his treatment, Micah was able to rely on his family, the doctors and nurses at St. Jude, and his child life specialist. Micah’s medical team made a point to take care of Micah and his support system. They worked to provide treatment, travel, housing, and food, and his family never received a bill for any of it. When Micah wasn’t in the hospital seeking treatment, he spent his days with his family, sometimes playing video games with his siblings.

One day Micah and his father were approached by a man who was opening a rock-climbing gym in Memphis, who invited them to come to the gym once it opened. Micah showed up on the very first day and has been climbing ever since. Micah says that climbing gave him “something to push for,” and it gave him a sense of accomplishment. Micah recently won the USA para-climbing national championship for his category, and now he represents team USA for para-climbing.

As a result of Micah’s experience with cancer, he and his family are a lot more conscientious about their health: they don’t go out to eat very often, try to avoid spending a lot of time in the sun, and try to stay away from processed foods. In the future, Micah hopes to continue winning climbing events. 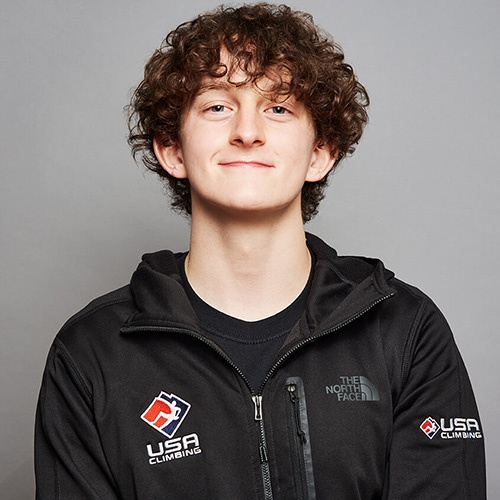 It’s hard to be very confident about the future, but [don’t] give up hope. Focus on today and be excited about today and make a memory for today, and worry about tomorrow, tomorrow.