Ben, then a 29-year-old rock climber, surfer, and adventure photographer, assumed that the blood in his stool and his ongoing fatigue were due to the rigors of traveling or to a virus he had picked up along the way. Luckily, a wise nurse-practitioner suggested that he get a colonoscopy.

"I was only 29, and a lot of people my age don't get scoped," he says. "The fact that I got sent for a colonoscopy saved my life."

Shortly afterwards, he was diagnosed with colorectal cancer. After undergoing radiation all summer and then chemotherapy, Ben had surgery to remove his rectum, leaving him with a colostomy. Eight more rounds of chemotherapy left him exhausted and feeling toxic.

“It was pretty hard emotionally to deal with that kind of a change to my body, especially in my late 20s,” he says.

It was difficult for him to deal with the colostomy at first, but Ben researched the procedure and realized he could irrigate daily, having far greater control. He started rock climbing again just weeks after surgery, eager to get outdoors and test his new limits.

"The thing that helped me the most was focusing on one day at a time and not looking too far ahead," he says. "I never let a feeling of defeat creep in; I tried my best to stay positive. Seeing the brave smiles of those who were much older and physically weaker than me in the infusion room was a huge boost."

Ben was lucky to have wonderful friends and family who gave him ongoing support. They encouraged him to keep up his active lifestyle, helped with meals, sent cards and notes, and even held a silent auction to raise money for his medical bills. "They wouldn't let me lie around and feel sorry for myself," he says.

His photography clients were very understanding, too, and made sure he had work to do. With everyone's help, Ben made it through his treatments and got "back up on the wall" with a chemo pump line dangling and a new lease on life.

Now age 36, Ben is working with a company that makes ostomy supplies, helping them improve their products so that people who have the procedure and who are young and active can feel confident with their condition. "I'm very aware of how I treat my body," he says. "I try to practice yoga, climb, surf, and bike often. So I know how important it is to have a sense of control, trusting that you can live your life the way you want to."

In a world where most people aren't comfortable discussing colostomies and the challenges that come with them, Ben encourages questions and welcomes the opportunity to help others through his website. "I feel the only residual challenge from the cancer is living with a colostomy, but I haven't let it slow me down," he says.

Surviving cancer has brought Ben closer to his friends and family. He believes this greater connection caused a shift in his photography, too, helping him to capture human emotion more clearly in his subjects. "I feel more focused and driven to improve and grow as an artist," he says. "Cancer helped me appreciate those I love in my life even more, and taught me how to thrive even through the tougher times of life." 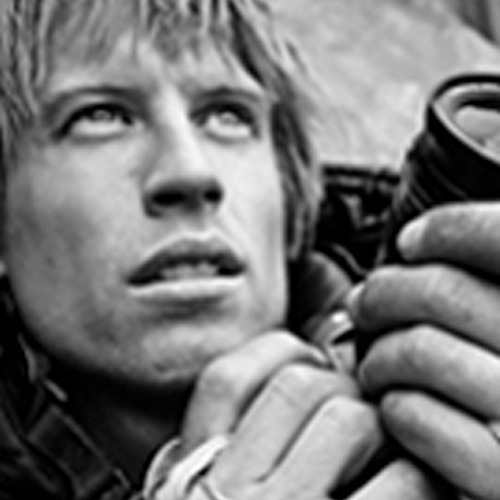 Cancer taught me how to thrive even through the tougher times of life.”