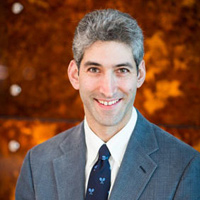 Dr. David Chambers is Deputy Director for Implementation Science in the Office of the Director in the Division of Cancer Control and Population Sciences (DCCPS) at the National Cancer Institute (NCI). Dr. Chambers manages a team focusing on efforts to build and advance the field of Implementation Science (IS) through funding opportunity announcements, training programs, research activities, dissemination platforms, and enhancement of partnerships and networks to integrate research, practice and policy.

From 2008 through the fall of 2014, Dr. Chambers served as Chief of the Services Research and Clinical Epidemiology Branch (SRCEB) of the Division of Services and Intervention Research at the National Institute of Mental Health (NIMH). He arrived at NIMH in 2001, brought to the Institute to run the Dissemination and Implementation Research Program within SRCEB, developing a portfolio of grants to study the integration of scientific findings and effective clinical practices in mental health within real-world service settings. From 2006 to the fall of 2014, Dr. Chambers also served as Associate Director for Dissemination and Implementation Research, leading NIH initiatives around the coordination of dissemination and implementation research in health, including a set of research announcements across 15 of the NIH Institutes and Centers, annual scientific conferences, and a summer training institute.

Prior to his arrival at NIH, Dr. Chambers worked as a member of a research team at Oxford University, where he studied national efforts to implement evidence-based practice within healthcare systems. He publishes on strategic research directions in implementation science and serves as a plenary speaker at numerous scientific conferences. He received his A.B. degree (with Honors) in Economics from Brown University in 1997, and an M.Sc. and D.Phil degree in Management Studies (Organisational Behaviour) in 1998 and 2001, respectively, from Oxford University (UK).