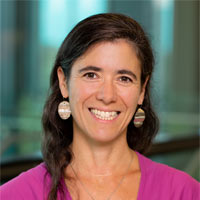 There is significant evidence about the multiple risk factors for cancer and other chronic diseases, including the influence of diet, physical activity, tobacco use, and other exposures. However, many people still struggle to make healthy choices, to avoid smoking (and smoke-filled environments), and to eat and cook plenty of fresh fruits and vegetables, especially under the constraints of busy schedules. Many may take for granted the daily conveniences that support the ability to do so: good ventilation, electric and gas stoves, microwaves, pressure cookers, etc. Sadly, nearly half of the people on our planet lack these conveniences. About 3 billion people across Asia, Africa, and the Americas have relied on wood, charcoal, and even dung for their cooking needs, and often in homes with insufficient ventilation. As a result, these homes are filled with smoke, causing nearly 4 million premature deaths per year, a burden that disproportionately affects women and children[1].

In response to this major public health problem, a variety of intervention programs are being implemented by governments and NGOs across the globe to distribute and encourage the use of cleaner cooking technologies. These include things like the distribution of liquid purified gas (LPG) stoves, and increased access to electricity and electric stoves, biogas, and ethanol, to name a few. Further, the World Health Organization issued indoor air quality guidelines in 2014 to help governments design policies that can support the reduction of household air pollution[2]. However, despite these efforts, household air pollution and subsequent morbidity continue to plague much of the world. This is in large part due to “stacking” behavior: households continue to use their traditional cooking methods alongside the newer technologies. And sometimes, they just don’t use the newer, cleaner stoves at all. Does this problem sound familiar? In comes implementation science.

In 2016, the National Institutes of Health (NIH), in partnership with USAID, CDC, EPA, and the Global Alliance for Clean Cookstoves, launched the Clean Cooking Implementation Science Network. Under the leadership of the NIH Fogarty International Center and with guidance from members of the NCI Implementation Science Team among other NIH institutes, the network brings together researchers, policymakers, funders, and implementers to advance our understanding of strategies to enhance the provision, adoption, and appropriate and sustained use of clean cooking technologies. Through funding from the NIH Common Fund and the NCI Center for Global Health, the network has supported a number of studies including four two-year adoption and sustained use studies in Cameroon, Ghana, and two in India; eleven case studies using the RE-AIM framework to evaluate clean cooking programs in low- and middle-income countries (i.e., Cambodia, Cameroon, China, Ecuador, Ethiopia, Ghana, Indonesia, Kenya, Tanzania, Uganda, Nigeria, Peru, and Rwanda); and nine one-year capacity building projects that include workshops and the development of analytical tools. A list of these projects and resulting publications can be found here.

As the network approaches its last year of funding, investigators are now exploring how best to use limited resources and capitalize on existing efforts to further advance the adoption and sustained use of clean cooking, reduce household air pollution, and improve the health of billions of people around the world. One thought is to build on an existing initiative, the HAPIN Trial

, which is the largest trial to date, launched in 2017, focusing on the health effects of LPG stoves in a global, multi-center study. But how best to integrate implementation science in this context? We welcome your thoughts!

This network is just one example of how implementation science has informed NCI-supported initiatives to advance environmental health and cancer control. The NCI, in conjunction with other NIH institutes, has a robust portfolio focusing on environmental risk factors for cancer and how they can be remedied. Another such example, the Breast Cancer and the Environment Research Program (BCERP), brings together researchers, practitioners, and community partners to examine the effects of environmental exposures on breast cancer risk and to study best practices for disseminating information about and communicating risks. Lessons learned from these initiatives may extend to other innovations for which optimal implementation might over time reduce cancer risk.

Gila Neta, PhD, MPP
Gila Neta, PhD, MPP is an epidemiologist and program director for Implementation Science in the Office of the Director in the Division of Cancer Control and Population Sciences (DCCPS) at the National Cancer Institute (NCI). Dr. Neta serves as the NCI scientific lead for the funding announcements in Dissemination and Implementation Research in Health, and assists with research and training activities related to implementation science across the Division. She has a secondary appointment within the Epidemiology and Genomics Research Program.

IS News Delivered to Your Inbox

NCI offers several email lists that alert you to news, content updates, and other information from the Institute. You can subscribe and unsubscribe at any time by entering your email address below and selecting your preferences on the page that follows.

By signing up for this email you are agreeing to receive news and information from NCI DCCPS. Click here to visit NCI’s policies.